I am working on a book about Bellingham's Summer, which is a somewhat abrupt and slightly mad time of year. The days are very long, and often very bright. We're sleeping poorly, and furiously trying to get all the Summer in that we can in the few short weeks we have.

Here I experiment with musical themes.

Theme One: the fecund growth of plant life, which we introduce with these pages of morning glories. 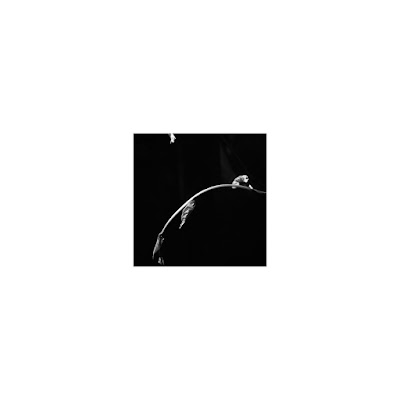 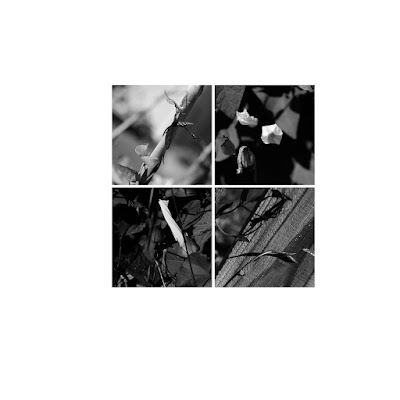 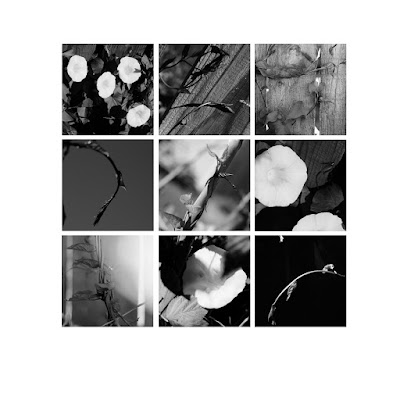 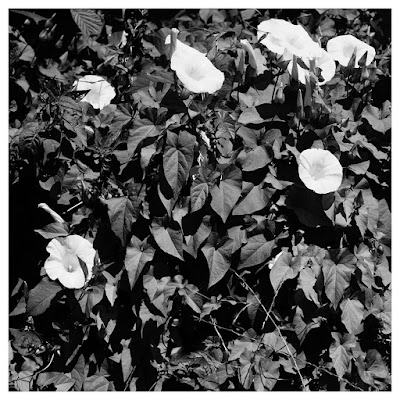 The theme of growth and multiplication should be clear, surely? I had thought to have one more page, a 3x4 or a 4x4 grid, that fills the page even more fully than the 3x3, but goodness it's a lot of work to mock these things up.

Once the theme is set, we can reference it by inserting the opening picture of a single tendril.

We can repeat this theme with variations, these two pictures could be substituted in for the first and last pictures, without loss, I think: 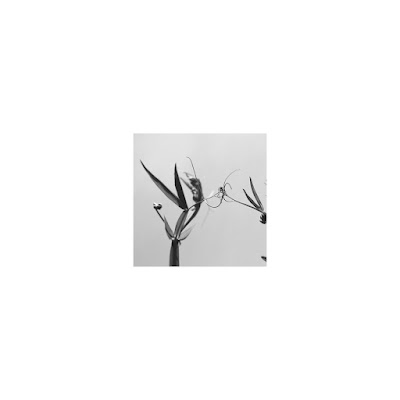 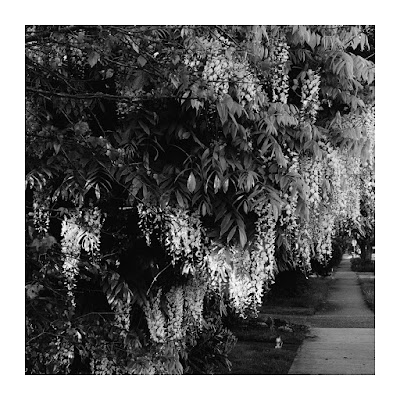 Obviously we could mix up the pictures in the collages, or replace individual photos. We could play around with sizes when we recapitulate this theme (or any theme).

Theme Two: photos drawn from the local Farm Market, which is really a sort of weekly fair. A few people making balloon animals, or doing face-painting for kids. Some buskers. A bunch of people selling produce, a bunch more selling made food, and yet another bunch selling candles, art, crystals, and so on. And masses of humans.

These pictures are all the same size, a sort of bass line. BOOM. BOOM. BOOM, of people. 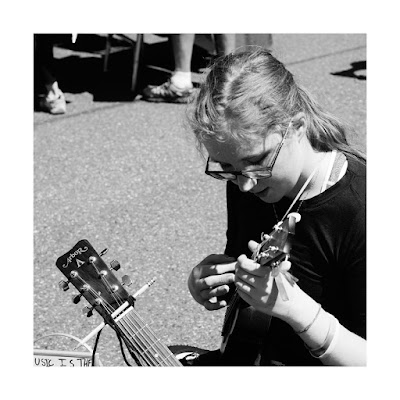 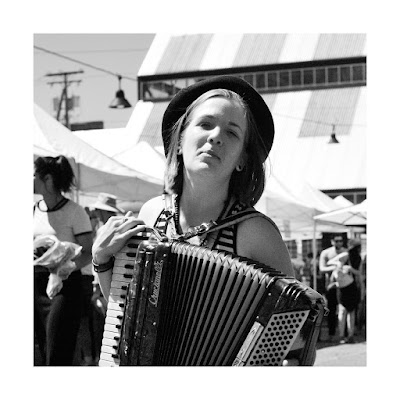 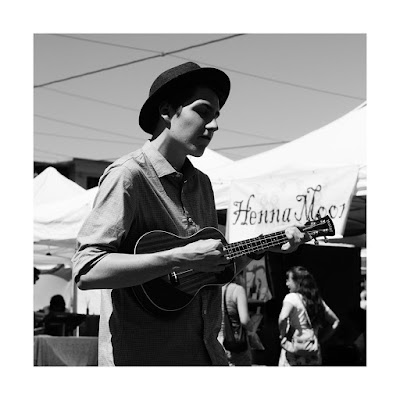 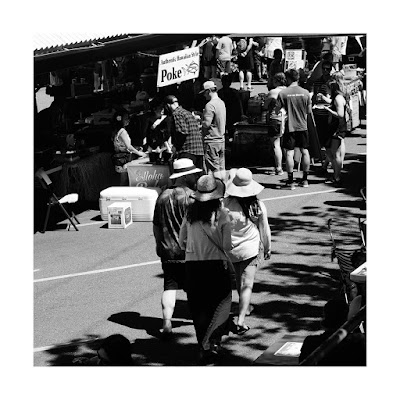 Again, you can obviously swap in any similar pictures without losing the sense of the theme.

Theme Three: The lawnmower. This thing is rotting on the lawn about three houses down from me. I intend to use it in the latter half of the book, representing as it does a cutting down, a decay, an ending. We start with a mild picture of a wheel, with a strong botanical component to echo Theme One, and end on a rather more dissonant shot of the blades.

In this way I visually prepare for the dissonance, the unpleasant departure from what we've seen up to now. These photos are treated differently, and in the final product I expect each theme to have its own toning and contrast profile, to further clarify the point. 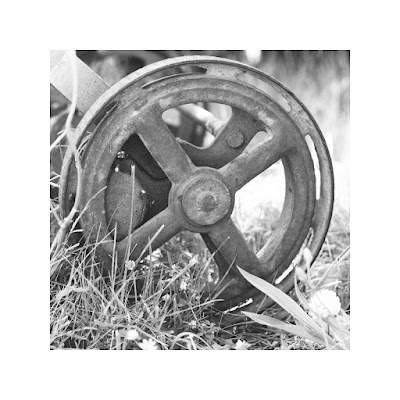 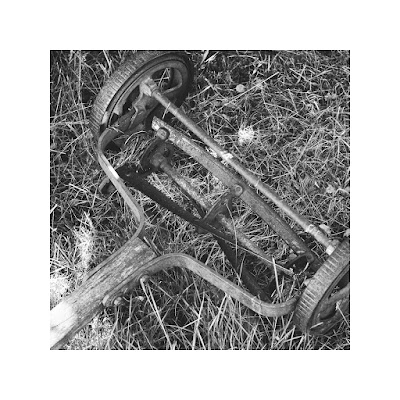 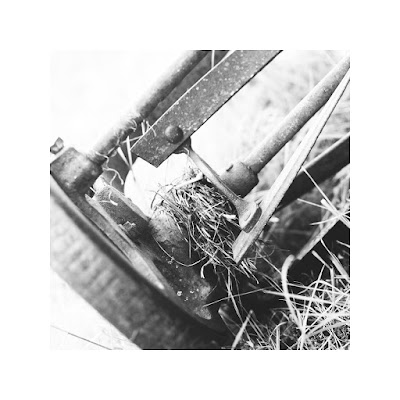 In the final book, this theme will probably be introduced in a spread-out fashion, spacing the pictures out by a couple of pages. I might end the book with a recapitulation of the theme, the same three pictures stacked onto a single page, recto, and then turn the page for a final photo of rain/cloud/storm, the gloom of fall closing in.

In closing, an idea for harmony. Here is a variation of theme one, starting partway through a variation on theme two. Imagine this as three pages in a row.

Why would I do this? For fun, of course! And as a way to pack content into pages, and to be, perhaps, appealing and interesting. To express what it is about the Summer in Bellingham? Or if it doesn't do that, well, at least to be absurdly precious.