Ethical Photography, Where Do We Go From Here?

Apologies to my regular readers, this isn't what this blog is about, and we're all pretty bored with Andrew ranting on about Ethics In Photography. This is a "gather it all up for external publication" piece, and I'll put the main content below the jump for those of you sick of it.


We're seeing a lot of commentary triggered by the Souvid Datta episode, where is is accused of both photographing unethically, and of passing off collaged and plagiarised material as his own. This has led to a great deal of hand-wringing and upset, with many people making observations about the state of the photojournalism industry, about the awards-driven nature of certain areas of documentary photography, and so on. What nobody seems to be doing is proposing solutions.

This piece will end up with a strawman proposal aimed at making the situation better. First, however, let us clear away some underbrush. 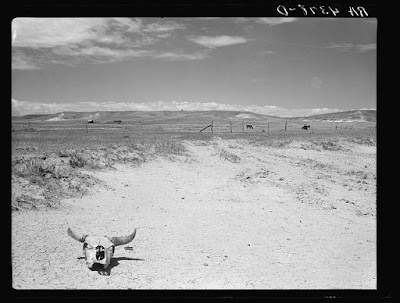 This is a staged photo from 1936, Arthur Rothstein, presented originally as un-staged. This was used to illustrate the dire conditions of a drought in the Dakotas. Not only was the cow skull moved for the shot but the photo was shot before the drought really got going, and is in fact a pretty typical looking alkali flat. It was decried, in 1936, as a fake, for (roughly) political reasons. Errol Morris's book, Seeing is Believing, has a lot more detail. You can also find the same material, more or less, in Morris's blog posts for the New York Time, starting here. 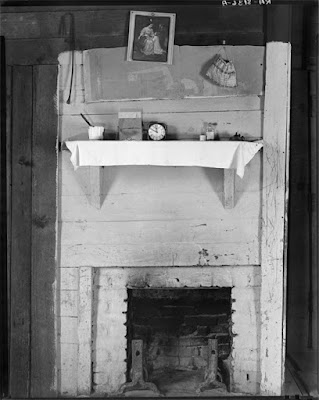 A photograph from Walker Evans, also 1936, suspected of being staged (by the addition of the alarm clock) by James Curtis in his book Mind's Eye, Mind's Truth, with his reasoning repeated by Errol Morris in his book as well as in the blog posts cited previously. Interestingly, Curtis and Morris are both wrong, the clock does belong to the family, and the book (Let Us Now Praise Famous Men) which they claim has no reference to the clock does in fact refer to the clock, just not where they were looking. The case was closed by the recently published Cotton Tenants which explicitly mentions the alarm clock in a footnote. While Evans could still have re-arranged things, the "smoking gun" of an alarm clock the family did not own is, in fact, no such thing. 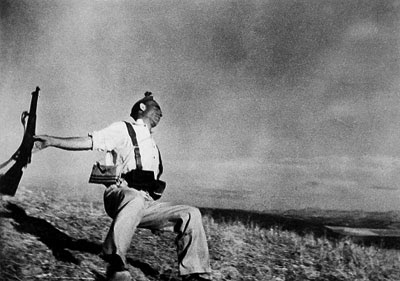 This, of course, is Capa's "Falling Soldier" yet again from 1936, also apparently staged (or possibly not even shot by Capa). This is another example of the little cottage industry that exists in discrediting the formerly great. Nobody claims that the picture doesn't accurately depict what it looks like when a guy gets shot. Nobody is claiming Capa didn't know pretty intimately what that looked like. A few eggheads made a little hay out of the fact that he staged it, and it makes it a bit of a disappointment as a lucky (unlucky?) shot. 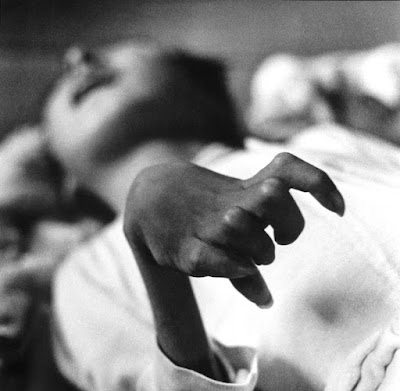 Finally we have a photo from Gene Smith's Minamata project, shot in the early 1970s, illustrating the effects of Minamata Disease, a form of severe mercury poisoning. This photo may or may not be "photoshopped", it stands in for another, more famous, photo which is more obviously heavily "worked" but which I decline to show here for reasons that will become clear. Nobody seems to complain about Gene Smith's heavy working of photos. All the photos from Minamata seem to accurately depict the effects of Minamata Disease, and many of them are probably very heavily "worked", because that's how Gene Smith rolled.

We have two quite separate issues at play here.

The first is staging and photoshopping, faking the contents of the frame one way or another. This in turn devolves into two more issues. Does the staging or photoshopping reveal truth, or conceal it? Capa's photo, while staged, nonetheless shows us what that thing would look like. Rothstein's photo, on the other hand, merely shows us what an alkali flat looks like, not a states-wide drought. Evans photo probably isn't faked at all, but Curtis successfully made some hay out of the theory that it was, and Smith seems to have dodged the bullet entirely, possibly because his manipulations (while extensive) are hard to describe, to quantify.

Steve McCurry got in to trouble recently for photoshopping, and while some people were simply mad that he 'shopped stuff, the real problem is that he was making his pictures untrue. His changes altered the mood, the content, of the pictures, to support the basically invented Steve McCurry vision of India and other places. 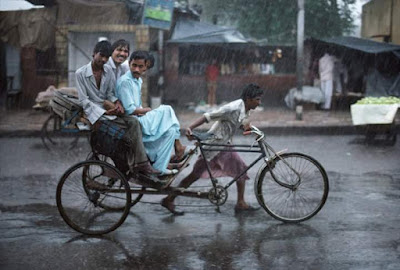 McCurry removes the grinning guy, turning this from a snap of a rickshaw to a moody, gloomy, McCurry Documents The Mysteries of India picture.

Gene Smith, perhaps, dodges this bullet because he didn't do that in his working of pictures, he made them in a sense more truthful, while sacrificing literal truth. Arguably this idea that the literal truth of the frame matters much is a very modern idea, nobody seemed to care much in 1936 except when political hay was available to be made.

Smith doesn't dodge an ethical bullet, though, it slams right into him. He was, at best, treading a risky line in his efforts to best tell the story of Minamata, and in at least one case we can argue that he stepped to the wrong side of the line, which leads us to the second issue at hand.

The second issue, the issue that actually matters, that is important, is of photographs (altered or no) which are ethically questionable. Smith's photos from Minamata are arguably terribly exploitative, depicting as they do the awful effects of the disease. The most famous of them, "Tomoko Uemura in her Bath" (the one I declined to show) proved so problematic that Aileen Smith passed the copyright back to the family, who has since declined to grant permission to reproduce.

One of the many commentators on the current issue, Nina Berman (her comments appear in the NYT lens blog) also shot this problematic picture of Marine Corps Sergeant Zeigel's wedding, which photo is as much about the tremendous injuries he suffered in combat as it is about a wedding: 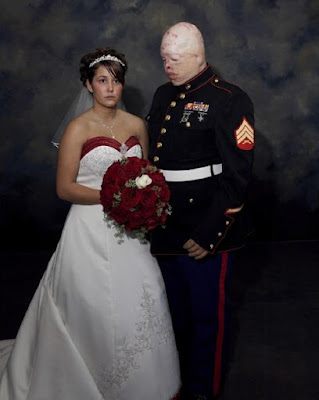 I don't think it's even necessary to detail why this might be problematic, but I will note that the fairytale marriage did not last long, and that the man himself died about 6 years later from complications from addiction. I do not pretend to know if Berman violated any ethical boundaries, and I assume that she did not. This is, after all, her business, and I assume she does it correctly. Of course she obtained consent to publish, that goes without saying. Issues might arise surrounding how freely, un-encumbered, and competently given Sgt. Ziegel's consent was. Issues might arise later, as they did for Tomoko Uemura's family, as the picture gains global exposure, leading to unforseen consequences.

Two things strike me as missing from the discussion.

The first is the reality that sometimes the pictures that best tell the story are ethically difficult to deal with. Sometimes the right answer is to not take the picture that best tells the story. Nina Berman chose to publish a very powerful picture that told a story well, as did Gene Smith. Souvid Datta did as well. All were praised for their work, at least two won awards. And all of them were taking pictures fraught with ethical entanglements.

And argument can certainly be made, and lord knows it has been, that Berman was right and Datta wrong. Smith falls into a grey area. But the point is that these things are not easy. The photographer on the ground is being asked, essentially, to make ferociously complicated choices that do not have clear answers, on the fly. It is obvious that the photographer is often not well-equipped to make these choices.

Which leads to the second things that's missing, which is any sort of discussion of how one might solve the problem. Therefore, I offer a strawman proposal, as follows.

Interested and qualified parties of all sorts and stripes should assemble educational materials, case studies, statements of principles, and so on. Package these materials into (initially) easy to access, easy to understand, free, courses.

Pass the simple course, be it online, or at a conference, or at a training session put on by your employer, and you get to put some letters after your name for the next year. Congratulations, you are an ABCD Certified Ethical Photographer! Next year, you have to re-up.

At the same time, lobby grant-giving, prize-giving, and photograph-purchasing organizations to recommend or require one or more such certifications, at least for certain categories of content.

At this point it's easy. It's a sort of trivial fig-leaf, easy to get, doesn't mean that much. Everyone knows it's kind of silly. That's the point, it's so silly, so trivial, why not get the certification? Crack a beer and get three of 'em! But it still gets everyone kind of thinking along the same lines, encourages "most people" to be tuned in to the issues in a modest way.

Next year, or the year after that, the material gets a little denser, the tests is a little harder.

Ten years later, it's just part of the landscape. Of course you get one of the three "respectable" ones, everyone does it. You study, you do the work, they're not trivial any more, but you just do the work same as you learn how to use Lightroom, same as you learn to properly expose pictures. It's just basic. Eventually certifications could be rolled in to standard journalism curricula.