Let us carry on with Berger's notion that realist art, properly understood, contains a totality, a completeness of theme and does so in part by acknowledging the constraints of its medium. In photography, we might recognize this as Barthes' "blind field" (the totality) and "punctum" (the trigger which produces the totality.)

My conceit, as noted previously, is that photographs do this almost automatically. The "blind field" of Barthes' is not a special creation which only occurs rarely, but is the normal, default, operating mode of the photograph.


It is ... a distinction between a submissive worship of events just because they occur, and the confident inclusion of them within a personally constructed but objectively truthful world view.

It's always a bit dicey to propose that the photographer's attitude or personality somehow mystically appears in the photograph, but we might take this as something like a description of attitudes which lean one way or another; at least we might take it as a kind of illuminating metaphor.

Let's look at some pictures: 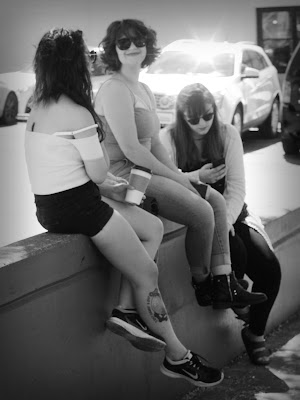 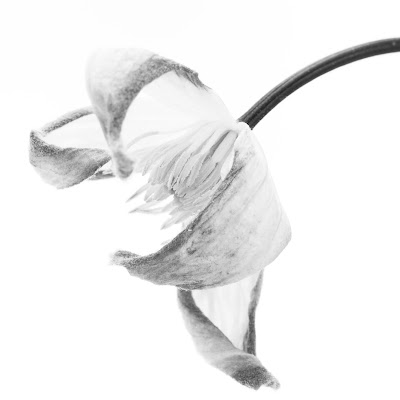 I'm going to go out on a limb here and claim that both of these photos are appealing. I'm also going to claim that one of them does a much better job of evoking something like a totality than the other one. You might think it's just "well, it contains people, so of course it's open to a larger read, a more world-sized read" but I don't think that's the magic key (although it's a good start:) 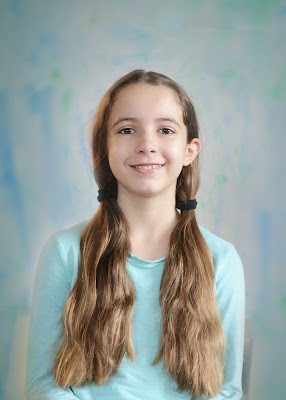 My daughter is extremely charming, but this photo hits too many "shitty school portrait" tropes to actually mean much beyond being a recording of what her face looks like.

Did I shoot the first one with some attitude around the confident inclusion of them [events] within a personally constructed but objectively truthful world view? I kinda did, to be honest. I was doing a thing on what is essentially the vibe of Bellingham, WA, in summertime. I may not have been thinking Big Thoughts at exactly that moment, but I had been recently.

Regardless, the first pictures opens out into a more total world than the next two. The young women appear to be waiting, to be engaged with their phones, with one another, with the photographer. We are invited to imagine, to fill in, a larger world to contain the scene. Questions are raised, to which we propose answers. Nothing earth shattering or important, but nevertheless photograph expands outward in our minds. Perhaps not to a totality, but at least well beyond the edges of the frame.

The flower and the school portrait remain framed. We see them as real, we are as I tediously bang on about transported in a sense to the flower, to the child, but there's nothing there. There's just a flower, and a child sitting in front of a backdrop. We are not particularly invited to an expansive imaginative journey.

I do not think it's outlandish to propose that, at least in approximate terms, the first one (three young women) aligns with the confident inclusion .. within a personally constructed but objectively truthful world view and the second and third (flower, school portrait) with a submissive worship of events just because they occur.

Do we spot in there Berger's assertions around embracing, versus trying to conceal and distract from, the limitations of the medium? Perhaps? The school portrait and the flower are certainly "worked" and the three woman at least appears to be more of a "straight" photograph (I honestly cannot recall how hard I beat on it with a photo editor, possibly very hard indeed.)

Certainly, to my eye, the two later pictures embrace a kind of "well, here's the subject, and that's about it, isn't it a lovely subject?" attitude, and the former is more of a "well, I think this might be an archetype of some sort" attitude.

The latter, with the open reading that tends toward a totality, do seem to me to be of a more directly photographic type. Of course you need some content, and people are certainly a good thing to have as content. But there is more to it, the people or whatever you have in it need to suggest something bigger. They need to appear as distinctly a fragment of a larger whole, and there is something distinctly photographic (in the sense of straight photography) about that fragmented character.

And that's all the mulling I have for today, I think.