It's been a while. Busy times. Nothing wrong, just busy. Also, this took a while to pull together, largely because of the names.

After the Second World War the sovereign but somewhat artificial state of Czechoslovakia was re-formed to more or less its inter-war state, and integrated into the Eastern Bloc. Not a proper soviet but not western either. Not, as we might have described it in less cynical times, "free" as such.

In 1953 Stalin died, for whatever that is worth. In 1962, the sculptor Niezvestny clashed over art with Kruschev and, this is what makes the episode notable, was not murdered for his temerity. In the 1950s, according to the thumbnail sketches I have gently skimmed, Czechoslovakia was doing pretty well, with minor kerfuffles over various things typical of socialist states. In 1968, Czechoslovakia experimented with more freedom and was slapped down quite hard, but this seems to be accepted as the beginning of the end for both the unified state and the socialist experiment in it.

In the West, the 1950s see something of a turn away from Modernist photography toward a social documentary mode. Robert Frank and Henri Cartier-Bresson both published their books in this interval; The Family of Man exhibition opens at the MOMA in 1955; more generally the MOMA exhibitions are leaning hard on humanist/social documentary photography. Of course, it's been around since at least the early twentieth, but what we're seeing is a shift toward it as the dominant format after WWII.

At this point I assume you are wondering why on earth I am telling you this.

The point is I bought a book. It's a survey of Czechoslovak photography, published in 1959. I bought it because I liked the pictures.

Further inspection revealed that it's a bit more than that. Also, further introspection reminded me that 1959 is awfully late for a book of modernist photos.

The book is very much a survey. Its sequencing is very much of its time: geometrical coincidences get you from one page to the next, while subject matter forms a kind of chapter-like structure in the large. There's a lot of recognizable modernism in here, but also some humor, a fair bit of kind of pastoral charm that segues seamlessly into Socialist Realism, a little social documentary, and a miscellany of things I don't care to much classify.

It's very much a whole thing, the book is well enough (bluntly enough) sequenced to flow pretty well.

The pictures are very nice, all of them, and succeed in creating a larger sense of "photography in Czechoslovakia" although, of course, this could be an illusion. It might be the cherry-picked 2% that the editor likes, and nothing at all like what was actually going on. Let us assume, though, that it's giving us the sense of something that was truly happening.

The pictures that initially got my attention, and caused me to buy this book, were this sort of thing: 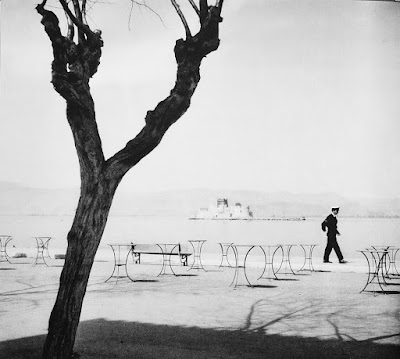 Which appears verso opposite this one: 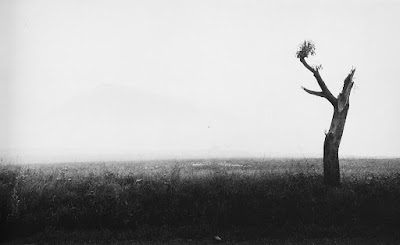 which should give you a sense of the sequencing here. But there's more modernism, like these: 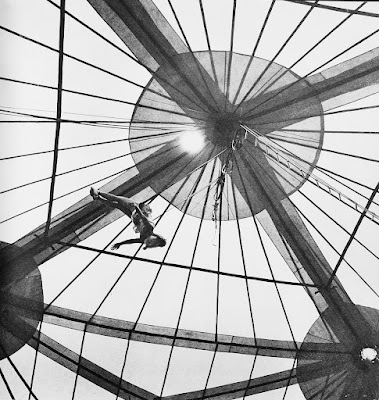 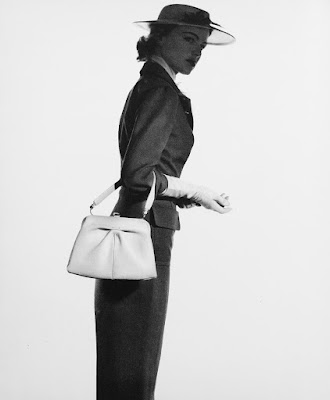 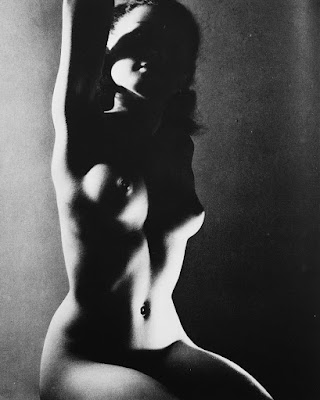 Miroslav Hák - Face in the Shadow 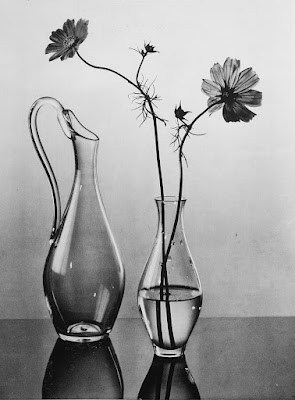 But then we start to get into this sort of thing. This feels very Margaret Bourke-White, but without quite that hard-edged modernist flavor: 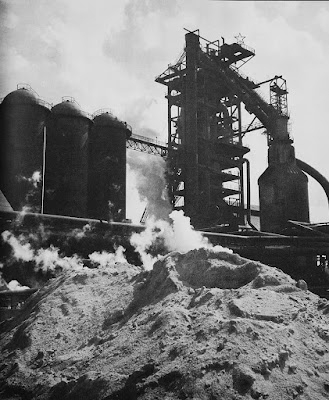 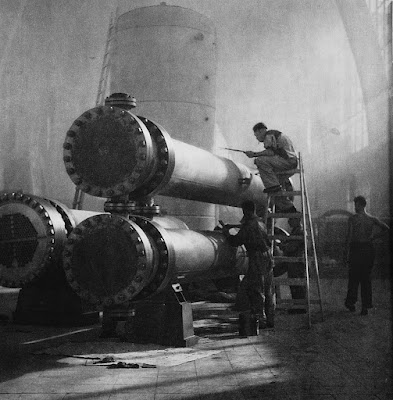 In context we begin to see the two above in more of a Socialist Realism light. This isn't just modernism, although it's borrowing from those visual ideas, it seems to be more in service of a romanticized version of Industrialism. The entire book is reproduced a bit soft, but I think the two industrial scenes are a bit softer, indicating that they're shot and printed a bit softer. Almost a Pictorialist vibe here.

Moving on to more overt Realism: 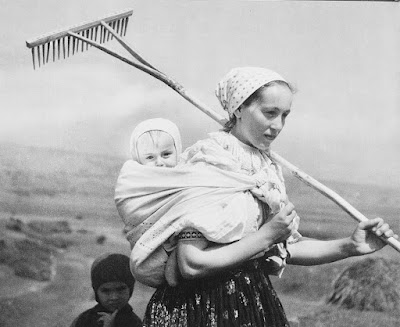 This feels shot hard-edged and contrasty, but the subject matter could almost literally not be more overtly Socialist Realism. I kind of love it for the sheer kitschiness!

Delightfully, though, we have a bunch of other stuff mixed in which is on the hand kind of generic, but well made. We can, if we squint, see influences, although to be fair it may well be parallel development.

The book opens with this picture: 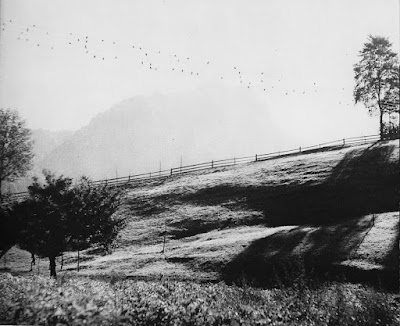 which on the one hand is a perfectly generic, if pleasing, pastoral scene; but on the other hand it's also a pretty good joke once you notice the title and the birds on the wire. This sort of whimsy seems to be in play throughout, although never again quite this overt. These are people having fun taking pictures. 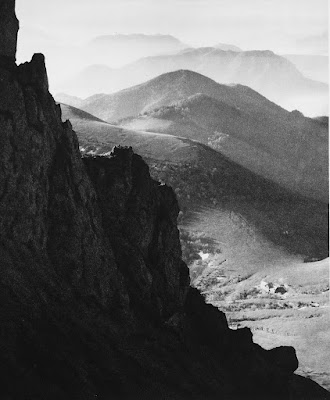 Note that name. The -ová suffix follows the -son suffix which delights me in stupid ways.

Here's a picture that sure looks like a clear reference, but then, cobblestone from a balcony seems to be irresistible to anyone with a camera: 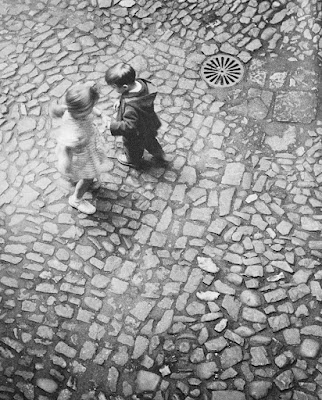 There is a bit of what probably counts as social documentary, although it all feels a little more Stieglitz than Evans, somehow. Like this one, for example: 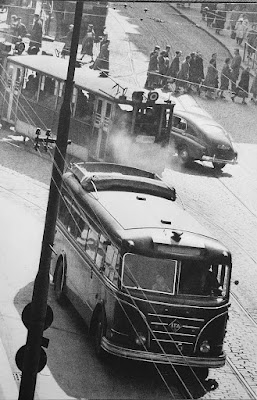 Václav Jírů - At The Crossroad

In the end, I am very pleased to own this book. It's got some age on it, for character, but it's in excellent shape, and I like the pictures quite a lot.

I am pretty sure it reveals a Czechoslovakia that is well behind the times, but catching up and also enjoying its own set of quirky ideas. Photography from what was, at least in some sense, a rosier period.