Here's a pretty good example of the sort of rubbish that Photographers will trot out. Admire Ming Thein's page on Ultraprints. There's a little sample closeup of these things, to show you how awesome it is. I chopped this out of his sample picture, to get in a little closer. Look how incredibly sharp it is! 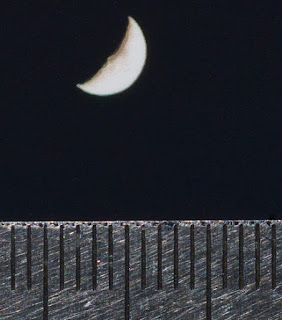 Wow. How sharp is THAT?!!! That "recursive sharpening algorithm" that perfectly suits the image to the printer and the paper is really great stuff. Ok, now check this out (this is a thing I made): 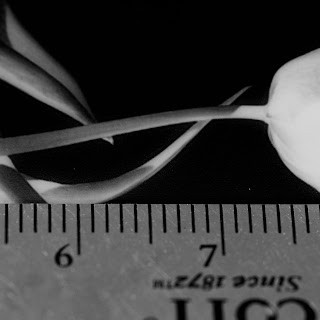 My ruler has centimeters, not millimeters, but the small marks are millimeters in both cases. This one was NOT shot with a Nikon 810E with a Zeiss Otus lens, and then Ultraprinted. This was shot with a Nikon D3100 (discontinued, but the followon model is $450 list). The lens was probably a 1970s era 50 f/2 lens. You can pick these lenses up for like $100 on keh.com. The print is a whatever Mpix produces. (yeah, it's a negative, it's an intermediate element of a longer process)

For reference, Mr. Thein's print appears to be resolving around 500dpi, not 720dpi, but that's a quibble. The point is that the 85 cent print with cheap gear and haphazard post is resolving about the same as the Ultraprint. I'm pretty sure that a good part of the impression of sharpness in Mr. Thein's picture is actually in the ruler.

Now let's look at a few other things. Mr. Thein addresses that weird lump on the inner surface of the moon's terminator, and claims that it's due to the craters and things on the moon. He uses it as evidence of sharpness. Unless the moon has suddenly acquired a 100 mile high mountain, this is complete rot. While the bump may have started out as such (probably some speckles of slightly lighter area just inside the dark side of the terminator), it's been ferociously enhanced by some sort of processing or printing artifacts. It is, in fact, evidence of unsharpness and/or ham-fisted handling.

Then, we see the usual vague mumbo-jumbo about almost three-dimensionality, and the sense of blah blah blah. Honestly, maybe this stuff is not entirely in the linked article, but it's the overall thrust of Mr. Thein's marketing of these things. I have had contact prints from 4x5 sheet film on my walls for years. It is my favorite way to print. I love the way these things look.

Check out this sample: 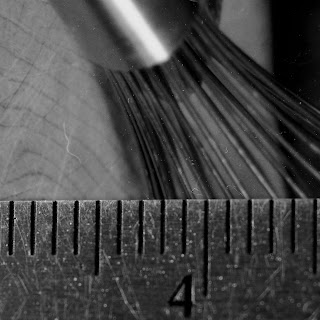 That's a contact print from a 4x5 negative. By my eyeball it's resolving 800 dpi, more or less. But it doesn't look three dimensional. It doesn't create some magical sense of transparency. It looks remarkably like a photograph. A very sharp photograph, with very little noise, but just a photograph.

The number of times someone has commented on any of the technical wonderfulness my various contact prints is small. In fact, it's zero.

Nobody has ever noted that these prints are special.

Mr. Thein goes on about color fidelity and so on, also at some length. I don't have any commentary on that, but given his discussion of sharpness, I find myself dubious.

When someone's going on with vague terms about something technical, you can be pretty well assured that they're full of it. They may not know it, there's a fair chance that they really think they see it, or hear it, or feel it. But, generally, it's not there. Actually go measure something, and it vanishes like smoke.

Or, more compactly, Ultraprint is a brand name for "small inkjet print".