Being a sort of wanna-bee scientist I thought about it some, and then did some experiments. I will add a little space after each picture, to give you a little space to think about it yourself before I give my commentary.

Here's a picture of a flower. Let us stipulate, for the purpose of discussion, that it is an awesome picture of a flower, with flawless composition and beautiful lighting, etcetera and so on. Shush, we're stipulating, it doesn't have to be true. 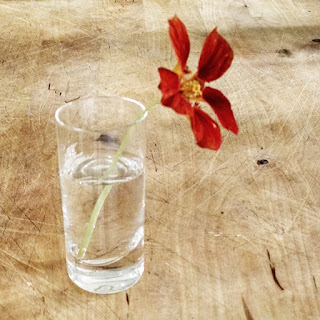 It is just the sort of thing I dislike, because it exists in isolation, it is entirely inside itself and refers to nothing outside. It's perfectly decorative, but that's as far as it goes.

I could endow this picture with trame by adding some text.

The flower symbolizes the hope that one day we may finally dig out from under the damage caused us by Margaret Thatcher and live again as free men, noble and proud, under a new sun.

It wouold be a bunch of hooey, but it would serve to connect the picture to something other than its own rather limited self. 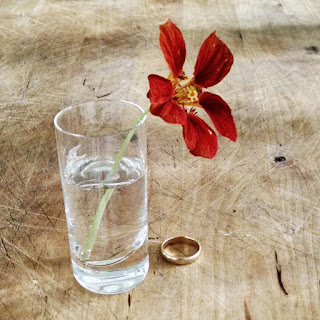 As a side note, it was a devil to get my wedding ring off, it's not been off my finger in several years at least. Funny story, on my wedding night I was fiddling it on and off my finger in the bar where we were celebrating and managed to damn near lose it. Not only was a JUST MARRIED, it was my father's ring from when he was married to my mom, so it would have been pretty bad all around to lose. It is safely crammed back over my big fat knuckle now.

My cluminess aside, this picture has a little hint of something, doesn't it? It poses some questions, invites speculation. There's no explicit story here, no obvious specifics, but the ring adds something, doesn't it? It suggests that there is something else here, outside the frame. I could name the thing "The End" or "Goodbye" or "The Divorce" or something. Or I could decorate it with more Arty Bollocks about Thatcher! But I don't really need to, it's kind of in there already.

And now for your consideration, a little series: 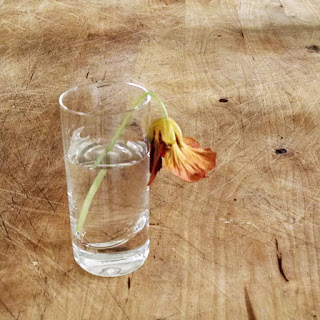 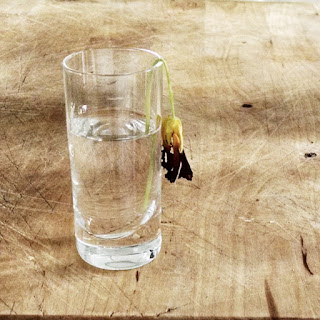 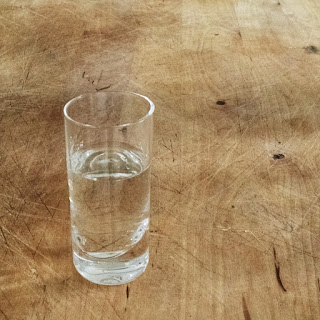 And here is a little series, starting from the first picture I showed you, but moving through a rather obvious set of steps. This could be just the story of a flower, or a metaphor for death (Ray Wylie Hubbard refers to the train in his song "Last Train to Amsterdam" as a metfer fer dayuth, so I always say the phrase that way).

I could title the sequence "America" or "Leukemia" and transform it instantly into a two quite different metaphors, without having to bother with a tedious artist's statement. Or I could simply leave it alone, and allow the viewer to project whatever ideas onto the series they liked. The series, whatever else you might say about it, includes what I am calling trame in generous amounts, either way. One might say "blunt force trame" on account of it being pretty heavy-handed.

Anyways, at the end of it all, it appears to me obvious that a picture by itself may or may not have trame. Some do, some don't. Add some other pictures, a title, or some text, and the meaning, the idea, the trame can and often does fluctuate wildly.

This says something about photography, doesn't it? It's more of a building block, a component, isn't it? A single component can stand by itself, sometimes, sure. But it's so easy to build bigger and different things out of photos.