Jörg Colberg surprised me today. He hinted that he had queued up a piece on Annie Leibovitz and Gregory Crewdson, and I assumed it was going to be a tedious snorefest of how much they both suck.

I wouldn't say it's Colberg at his very best but at least he's thinking biggish thoughts again.

What struck me, though, was that after talking about how Annie portrays all these rich assholes as noble heros, in the Riefenstahl mode, he singles out this picture: 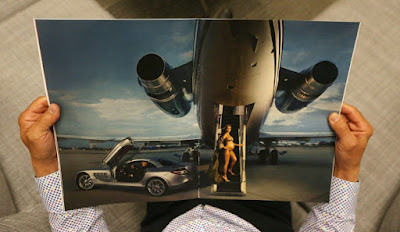 Which certainly deploys the relevant tropes. However, it enobles nobody. I find it remarkably subversive. It's the sort of picture that pretty much only Donald Trump would think flatters Donald Trump. It's Crewdsonesque in its suggestion of the imploding relationship. And, mostly, it's pretty much just this picture: 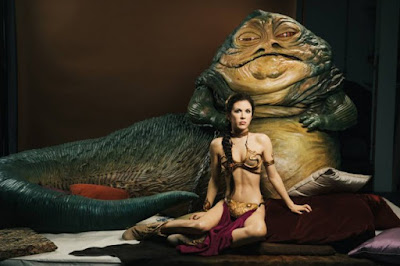 Annie doesn't like Trump one goddamned bit, and she's not afraid to show it to anyone who's willing to look.

Anyways. Jörg is engaged here in the trendy business of pointing out that Art works as propaganda, and then bitching about how the opposing team is doing a better job of it than his team. That's very sad, but Jörg and his crew are complicit.

They bitch about and sneer at Annie and Gregory, because successful populist Art sucks. They promote tedious "my-sad-project" Art, they promote "OMG dictators are terrible" projects. They get behind exhibitions that boil down to "Trump is a doodoohead." And so on.

What they, the leftist anti-neoliberal Art community are failing to do is find any kind of a goddamned voice of their own. You know what works? Propaganda, which is an unkind way of saying "messaging that is clear, accessible, and persuasive" which of course they cannot get behind because they're too precious. What is maddening is that they can see it working for the other side, but refuse to take up the same tools themselves.

Instead they bury themselves in self-reference, post-modern "symbols can only refer to other symbols dontchaknow" blather, dense incomprehensible work about nothing, and self-indulgent displays of childish temper.

Stop bitching about how Annie makes rich people look good, find an alternative narrative, and start pushing the shit out of it using Annie's toolbox. And while you're at it, tone down the sneering at Annie, because she's already doing just that.