From time to time I ride a ferry, generally between the mainland of British Columbia and Vancouver Island, a 90 minute to 2 hour trip away, depending on the route. This passes across the Strait of Georgia which, while salt water, is not the open ocean by any means. Except in the worst conditions, land is always visible, albeit some distance away at times. The passage has moderately heavy traffic as these things go, but again the distance between ships, boats, marks, and so on is not inconsiderable in the middle part of the journey.

These pictures were shot on a handful of such trips, and constructed here into a kind of an allegory. 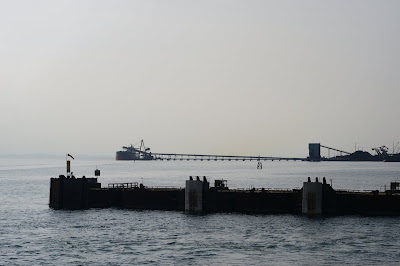 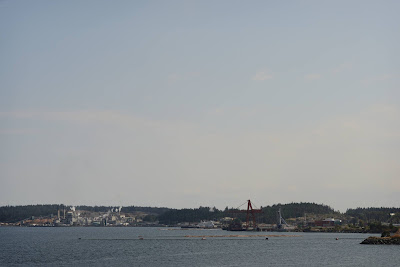 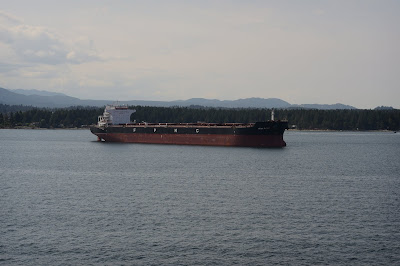 Near the ferry terminal, there is more traffic, things to see on shore, and so forth. 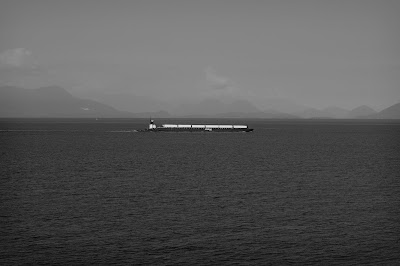 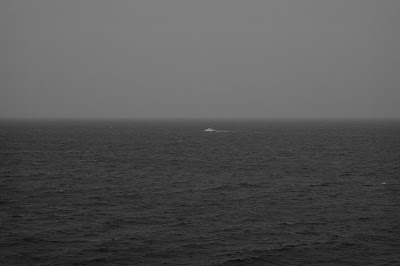 But as we move further out toward open water the traffic thins out, spreads out. 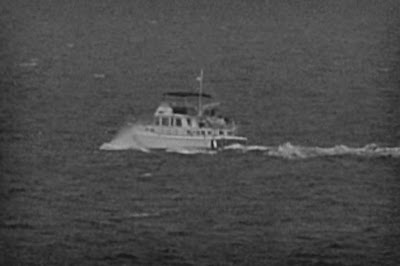 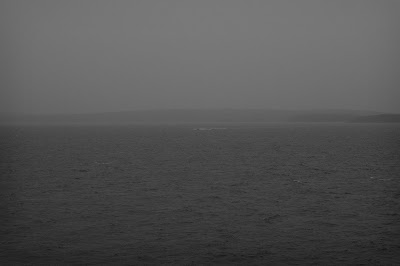 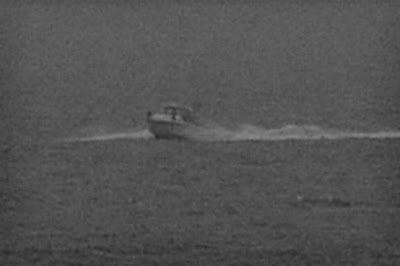 On deck, one tends to spend a great deal of time staring at empty water, occasionally noting an object in the distance. A ship. A bouy. A barge. A plane. 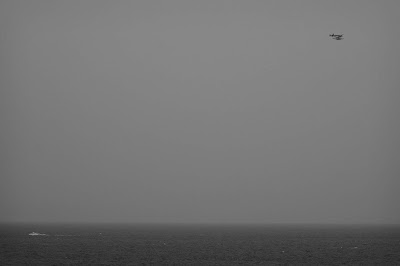 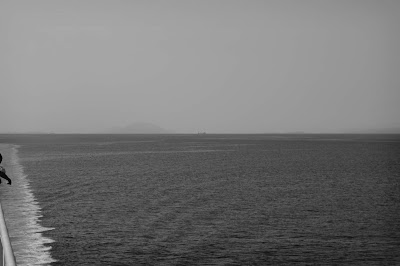 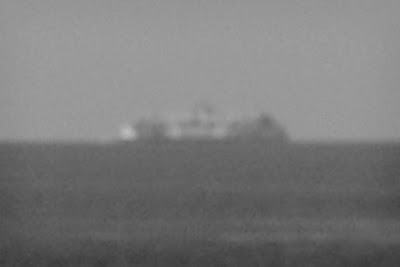 One peers into the distance, struggling for clarity of vision through 1000s of yards of air, mist, smoke. Trying, for no particular reason, to identify whatever mote it is on the horizon. 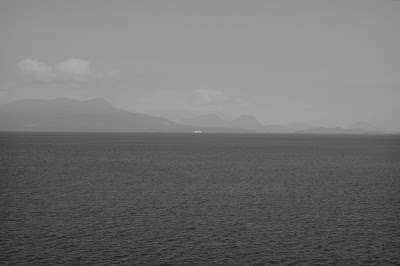 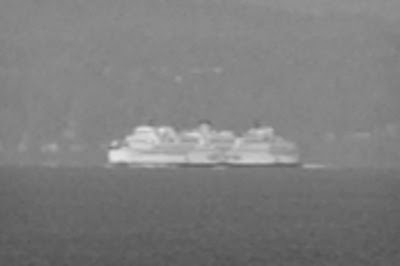 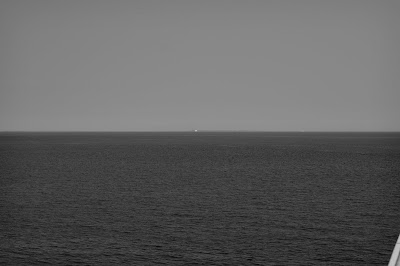 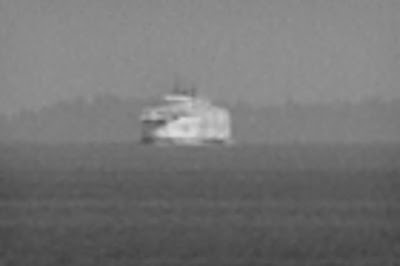 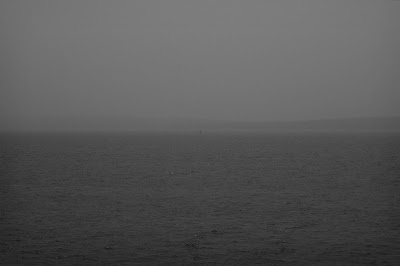 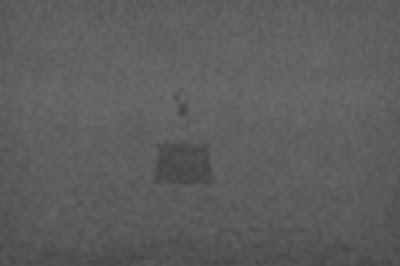 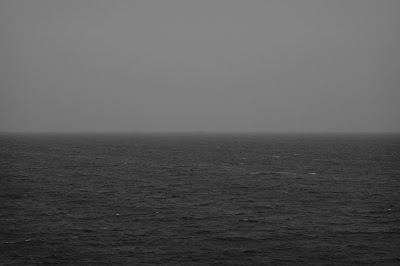 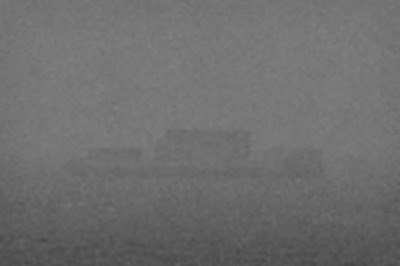 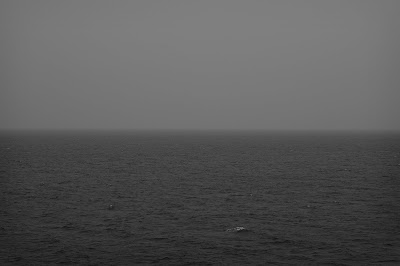 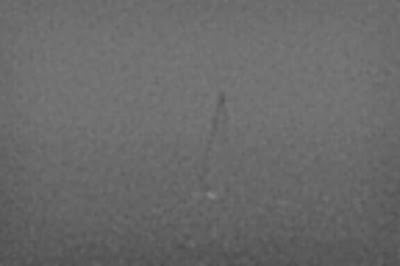