Steve, as noted, seems to be on a good path these days. As a recovering addict, of course, he is and will always be one short step from disaster. He has a bit of money these days, and could certainly go buy a couple bottles of whiskey and end it all any given day. He is a grown-ass man, and nobody could stop him. I hope, of course, that he has not over the last week, and will continue not to for the remainder of his life.

Long time readers may recall that I took a picture of Steve near his nadir on the street, and wrote down his story, and then made a little blurb book that had some material on homelessness in general, wrapped around Steve's specific story. Steve has had two copies of the book, I have the third, and that's it. You could probably go find it on blurb, and read it (Steve doesn't mind) but ultimately it's not a book for you.

To my embarrassment, Steve credits my little book with a lot of the heavy lifting of his recovery. I don't believe it for a moment, although I will accept a single small sliver of credit, because I am at least that vain.

Still, my little book does seem to have been a little piece of it. It was, I imagine, a kind of talisman, proof that someone valued him enough to remember his name and a few details of his story.

This photo of Steve, from that time, is apparently now part of a before/after poster the homeless center downtown displays to prove that It Can Be Done (and by God, if Steve isn't proof that alcohol addiction can be beaten, or at least contained, nobody is). 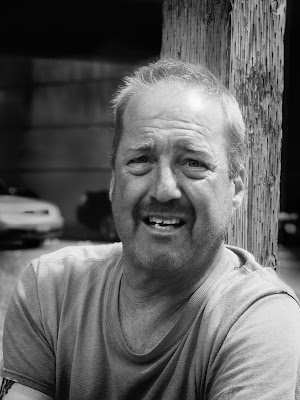 Despite the slight impact this picture had on Steve's life, it is nevertheless the most important and impactful photograph I will ever take. Because nothing else I do is likely to have even so slender a consequence in the world.

What I think is worth noting here is that this shows us the breadth of ways to make a difference with a photo.

This wasn't published in The Times, this didn't appear in a book by MACK, this wasn't the cover a bestselling album. I wrapped it in, somehow, something like the right words, and I gave a copy to the subject of book, a busted-out homeless man with nothing.

And, somehow, it made a difference.

Steve can get sober, somehow, and you can make a photograph that makes a difference, somehow. You might not even know it, and it might take a surprising path, but it might just happen. Go take those pictures and tell those stories, write those verses, sing those songs, whatever it is you do, do it. It might just touch someone, somehow.

And that, surely, is the point of it all?