I present here some pictures all posted by the same person on a fairly popular internet forum. You're likely to react negatively to them, sorry about that. I'm going to ask you to slog through them before you read what I have to say after the jump. Titles and accompanying text as given originally by the poster. All copyrights yadda yadda, I am copying them here explicitly to discuss the work, which should cover it. 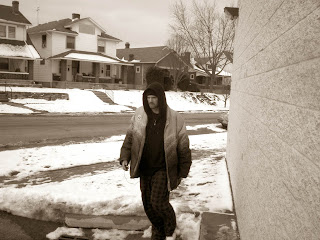 This Sepia was actually converted from the original using a mirror process to simply reverse the image vertically. He came up on me from my left to quite my surprise, and he actually did fit the profile for the shop and neighborhood to some degree, yet still he looks a bit out of place here. He had no clue I was photographing him. I like people shots, they're my favorites when it comes to photography; when I take them that is. Take and look and thanks for viewing. 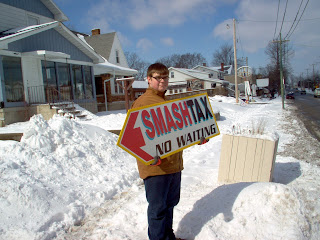 'Hi Mom, this is me...' at work, outside, it's cold here. Did you notice Spuds Mackenzie in the background? I had a good time taking this picture. By the way, I just took it an hour ago. 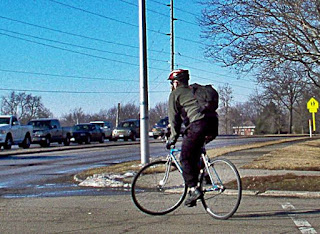 Oh, this really tickled me. This guy is getting sideways. 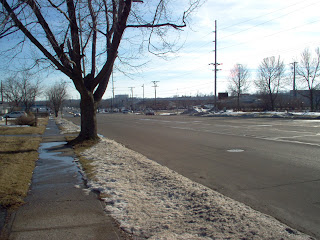 I got this and it looked the time around dark. 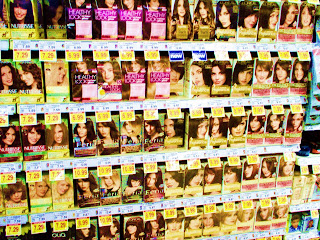 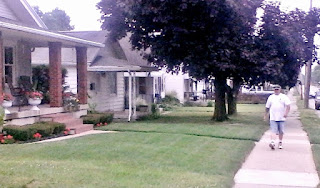 I think of this one like a postcard. I cropped the bottom off so as to not detect any sense of well being coming from a full sized photo. In fact, it might be missing more after all to the left, top and right, including the bottom. Who knows. 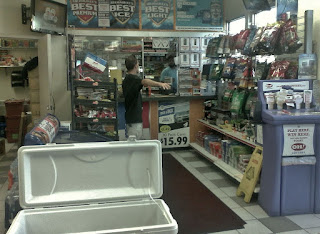 Think about what it might be like to be another person. From a certain point of view, I take I have the situation under control. 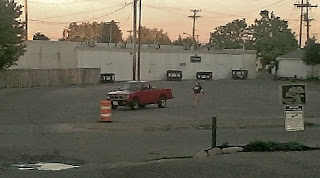 These guys got into it. A big fight. It amused me some so I took another picture. Not only had it been going on for awhile they were threatening one another. My ambition is for this little picture to make it all the way to the top so we can remember who they were.

This guys rolls in to the aforementioned forum every now and then with some more of this stuff. Been at it for 2 years or so. I have no idea if he's a diagnosed schizophrenic on heavy meds, or just twitting these people, or what. It doesn't, ultimately, matter much. What is true is that the forum regulars hate this guy, despite the fact that he's never (literally never) said an unkind thing. They hate him because he refuses to be "taught" and he refuses to rise to any kind of bait, and he refuses to go away. He simply will not comply with the local norms.

It's possible, but unlikely, that some of them hate him because what he's doing is approximately 1000x more interesting than anything they will ever do themselves.

Just look at this stuff. Open your mind to the possibility that it might be brilliant. Put a mass of this stuff together (and what I show above is a sampling, less than half of what he or she has posted) and you get some kind of wild multimedia poetic meditation on America, or something. Or not. It could easily be the random ravings of a madman. Or both. I lean toward both, to be honest, but that's just my opinion. One by one the pictures are nothing, put them together and you (well, I) feel a sort of drive getting going. You know it's not an accident, not just some dumb illiterate guy, it's someone on a mission. You might not understand the mission, but by golly, there's a mission here.

Part of my attraction to this body of work is the simple truth that any collection of photographs can be viewed as having some sort of worth, there's something in there. The essential reality underlying a photograph gives it a weird power. Whatever on earth this random scenes of nothing could possibly be, they were there, they were real.

There does strike me something inherently American about these pictures, something genuine, and distinctly not of any other place. Definitely not European, certainly not South American or Africa. Just fundamentally American.

The near word-salad that accompanies each picture seems to fit, somehow.

I get it, I think. Whatever it is.

I know I'd rather look at a museum filled with this stuff than anything by most self-styled photography experts on the relevant forum, or really anywhere on the internet. There's a sort of mad life here that is lacking in the sterile work we see on any number of web sites.