My neighbor welds. He makes things out of junk, as is kind of a Thing here in Bellingham, that upcycled art deal that infests every small artsy town. My neighbor makes birds out of metal crap. They're pretty cool, in fact, unpretentious, he names them and writes little witty bios: This is Jimmy. He watches you do yard work, and passes judgement on you.

What interests me most here is that my neighbor, somehow, sees a piece of crap and imagines it as a bird's beak, or wing, or whatever, and sometimes that visualization is moderately astonishing. It always works very well, what's hard to grasp is how one would see that thing in a pile of metal crap, and realize how great it would be as a beak, or a foot. So, I asked him about this, how do you visualize these things?

His answer surprised me in the moment, although perhaps it shouldn't have. He says that he doesn't think about it. The birds make themselves. If he thinks about it too much it doesn't happen.

This struck me especially, because this is pretty much how I make photobooks. I just throw them together, sometimes very very fast, sometimes kinda fast. Which flies in the face of conventional wisdom which dictates that the assembly of a photobook should take as long as possible, and involve as much pain and suffering as your body can endure.

Quite apart from the fact that this sounds really shitty to me, and most definitely not any fun, it also doesn't work for me at all. The books make themseves.

There was an article in The New Yorker, a zillion or maybe 13 years ago, about Eureka moments, and the brain science behind them. It related the story of a forest fire fighter who invented a technique under extreme pressure: he and his crew were booking it up a hill through low brush, with a fire climbing behind them very fast. At some moment it occurred to him to set a fire where he was, and to follow that one up the hill. His fire would consume the brush, making the larger fire chasing him much less dangerous as it passed over him. Which all came to pass. The other guys died. You can read the story here.

The firefighter dude, Dodge, had a lot of experience, he knew in an intimate and deep way how fires worked. And it simply came to him what do, he knew it was right, and he did it. He didn't rationalize it, he didn't think it through, he didn't calculate anything. He just did it, and he survived.

Now, I'm not fighting forest fires, I'm just trying to jam some words and pictures onto pieces of paper.

Last weekend I was taking a break from my kids and took some pictures out in rural Washington. 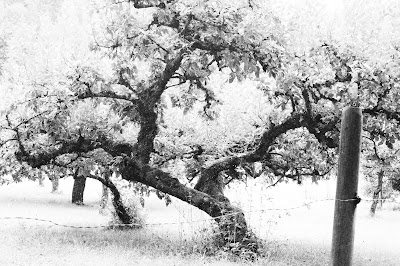 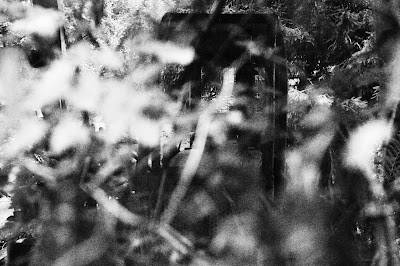 They look a little weird, right? Well, that's what happens when you bang the ISO all the way up to "HI 2" which Nikon doesn't even dare call ISO 12,800 but rather "3200 +2EV" which you'd think would be the same. I assume the "image quality" is so poor that even the fairly lax rules for digital camera ISO kind of fall apart.

What the hell was I doing? I asked myself that exact question. I am never going to print these. I am never going to use them in a project. These are not pictures that have any practical use for me. I don't practice, as such, and even if I did these are not exactly honing my reflexes or whatever. And why the weird camera setting? (other than the obvious "well, the bulldozer is kind of dark" which is a lame excuse and had other, better, solutions.)

I'm not gonna lie, I spend a surprising amount of time taking pointless pictures. I am acutely aware of when I am taking photos for a well defined project, and when I am not. While it's not true that absolutely none of the non-project pictures ever amounts to anything, it's really really close. I've probably used no more than half a dozen non-project pictures in anything and I have, well, rather more than six of them. This is something which has frustrated me in the past, I actually mutter things like "what the hell am I even doing?" to myself as a snap away. So what gives?

My answer, or perhaps just a rationalization for what is ultimately pointless behavior, is that I am filling my brain up with facts about how my camera works, what things look like when they are photographed, and so on. I am building, extending, and ruminating on domain knowledge that might some day be relevant to something I want to do.

Note that there is no plan here. This is not a curriculum that runs on rails. This is just random intellectual junk that gets put into the attic. What function it has, we cannot easily know. Is most of this wasted, and if we only knew, we could do only the few necessary things? Or do we in fact need the vast pile of rubbish in order for inspiration to pop out? In order to generate that quick sense of "yes, yes, yes, there... no there, yes, aaaand DONE!" that characterizes how I make shit?