My wife's colleagues in the financial planning biz have generously expressed positive things about the pictures I am taking for her blog, and wondered how it might be done. So, I proposed a few ideas and here are a few more. 100% of the photography, editing, etc, was done with my phone. This is a tutorial, my regular readers may elect to skip this.


This is not how I do it. I use fancier gear and spend about an hour on each picture, because I am a big nerd and find the activity soothing. Also, I like to think I am getting a nice looking result.

The general idea is sort of like a marketing campaign. Since this particular audience (hi!) is not exactly endowed with tons of time, I thought I'd try to boil the thing down to a handful of useful ideas, that one can execute with ones phone. The first of which is to select a handy mascot, an action figure, a toy, a stuffed animal. A pet or child, if sufficiently biddable. You could probably use a teapot if you had enough humor to wrap around it.

The general conceit is low-fi and witty, rather than slick and professional. You're simply not going to get slick and professional looking pictures with your cell phone and a few minutes of time. But there's no reason you can't make it look relatively nice, and make up for the technical flaws with wit.

I picked out my daughter's Buzz Lightyear action figure, because he fell to hand. This toy cost us several hundred thousand dollars, but he came with a house, so I guess that's OK. Still, you'd think they'd have knocked off $10,000 or so for the missing arm.

This is a bad shot: 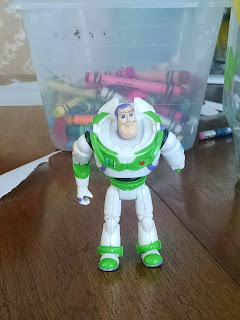 It's bad because it's a toy in the middle of a bunch of junk. The background is just stuff, and the toy isn't even that visually distinct from the background. So let's find a clean background: 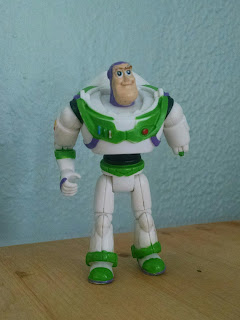 That's better, but you can still see the texture of the wall behind and it looks kind of blah. If we move the toy far away from the wall then, even with a cell phone, the wall will be more or less out of focus, and anyways the textural elements will be smaller and less obvious. While we're at it, let's find some more directional light. Notice how Buzz is lit up on one side and shadowed on the other, he looks more punchy. I moved the shelf he's standing on away from the wall, and out in front of a window that's getting indirect light from the sky. 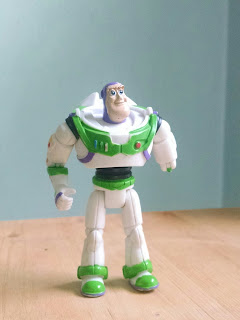 I'm not in love with the visible corner in the background, if I were doing this again, I'd shift my point of view a bit.

Now let's take a bunch of pictures of Buzz in different poses. Just to get a feel for Buzz, and to build up a little library of what's possible. What kind of "mood" can we get? Can we make Buzz look fearless? worried? lost? These were all shot "wide" and then cropped down with my phone's "photo editor" thingy. I think it's a standard part of the Gallery app on Android? I dunno, it's just there. 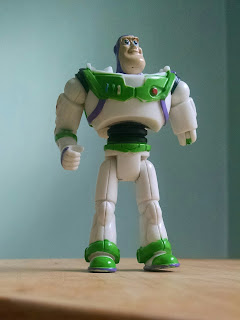 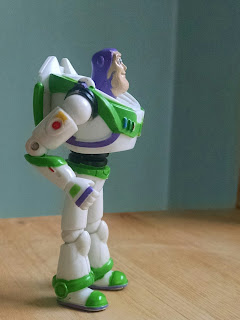 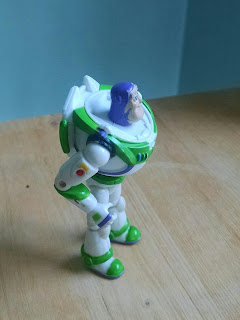 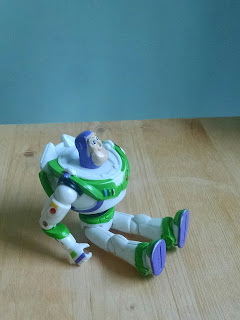 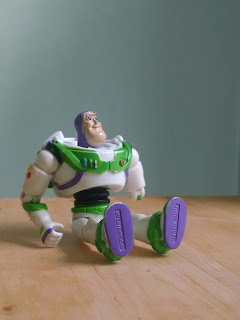 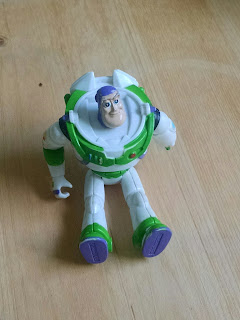 Some things to notice:

This stuff is all on purpose, I promise. These are standard tropes, they make pictures "look right" in general. If you were being A Fancy Artist you might do something else, but you ain't.

So now we know, roughly, how to take a decent pose of Buzz in one "mood" or another. Buzz is a grinning idiot, so he's never going to look that upset, but there's a hint of mood we can exploit here. Let's put it all together. I picked out the pose that looked most "lost" or "confused", added some props, and used wigflip.com to make a motivational poster, using colors from my lovely wife's web site. Note that Buzz already has a green color that's pretty close, so I added the purple. 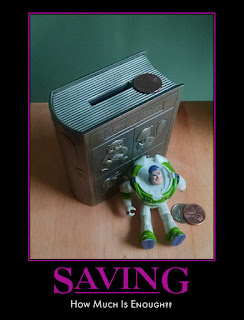 I'm a pretty fair hand at arranging a still life, and you may feel less comfortable chucking objects down. Just fool around with different arrangements, take 3 or 4 or 10 variants, and then pick one that looks good.

Here is a bonus picture, an experiment from earlier this morning: 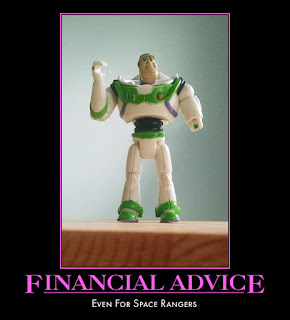 Does it look like a professional picture? Nope. Does it look like stock photography? Not really. Is it witty? You decide! No matter what, once I had my "set" figured out, and had some idea of what Buzz can and cannot do, it look me about 5 minutes on my phone. By sticking with some common elements (always Buzz, always on that shelf against that wall, always with the purple Motivational Poster theme) you can get a really consistent feel, you can keep hitting the corporate colors, keep hitting whatever ideas, moods, feelings you want to convey.

(visitors, feel free to check out the rest of my blog, but be advised that I swear a lot and I'm extremely nerdy on a number of abstruse topics)