I have, on the recommendation of a nice chap who read something I wrote, recently read The Practice of Contemplative Photography, an approach to taking pictures that is rooted in some Buddhist ideas. Naturally, I found the idea appealing. The pictures, less so. Let us forge on.

The book begins, more or less, by pointing out that when we look at things in the world, there is a constant flood of internal chatter, of semiotics, of labelling and naming. We see a rose, and we name its color, we remind ourselves that grandmother grew roses and loved them, we muse that roses so frequently disappoint us with this scent, we move on to reminding ourselves that we need to buy a hoe before the spring gardening season. We might say something about "a rose by any other name" with our inside voice, and wonder who wrote that, and so on.

The camera would then dutifully record the intensity and color of light bouncing off the various parts of the rose, but nothing about scent, grandma, or poetry. The resulting picture might, therefore, disappoint us. Well, there are many reasons we might find ourselves disappointed, but the literalness of the camera as compared with the depth of our personal experience of the rose is certainly a potential source of strife.

So far, so good. The book is On Track at this point. Then the wheels fall off.

In truth, what photography as an art concerns itself is precisely this problem. The game is to record the color and intensity of light in such as way that the viewer will tend to put that cloud of semiotics, of muttering, of memory, of meaning, back on to the photograph. While it is true that the literalness of the photo creates a narrow channel through which to shove our thoughts, a narrow and unreliable one, this is in fact what the job is. It is not to give up.

Well, that said, there is something to be said for a really well made bowl of oatmeal, and this book does provide some genuinely useful guidance on that front, as well as I think potentially laying groundwork.

The book gives us a method, and a set of exercises which expand on the method and which help to elucidate the method. I will briefly sketch the method, probably inaccurately, but perhaps you will get the idea. Then I will discuss, a little.

As we pass through the world, as noted we look and see things constantly, covering them over with that internal monologue of memories, side chatter, and so on. Every now and then, we notice something which stops us, for just a moment. A flash of color, a coincidence of light, a shape. Just for an instant, the internal monologue has nothing to say, and then it picks up again. If we're "out shooting" we might snatch up our camera and start hunting around for the shot, while the internal monologue blathers on about whatever it was we noticed,

The book suggests that at those moments, rather than clawing for the camera, rather than letting the internal chatter start talking about whatever we noticed, that instead we pause, that we quiet the inside voice, and that we simply look. As non-verbally as possible, without moving, visually investigate the sight. Work out just what it is that we saw, the limits of the perception. What is its character, where are its edges, and so on. Then, quietly, without starting up the inside voice, reach for the camera and photograph what we saw.

The conceit here is "pure seeing", the resulting photographs have no explicit meaning. They are fresh and new.

While there is no doubt that there is a certain freshness and beauty to the resulting pictures, there is no doubt that they are without meaning, and leave little room for the viewer to impose meaning. They all look roughly the same, for what I think are obvious reasons: What we perceive in an instant is very very small. Our larger view of our surroundings is built up largely of memory and intuition, our eyes simply don't see very much at one time. We see a single object, or a grouping that we accept as a singleton, or, sometimes, the relationship between two such. A row of bottles opposite the pumpkin is about as complicated a single perception is going to be.

It is in fact the internal chatter (or some portion of it), suppressed in this method, that builds the richer, wider, visual experience that we enjoy.

The results, therefore, embody a sort of obvious, vaguely asian, minimalism. One suspects the authors (and their acolytes) of staging many of their shots, so clean and beautiful are the results. I myself have shot lots of this sort of thing, not by using the methods outlined in the book. 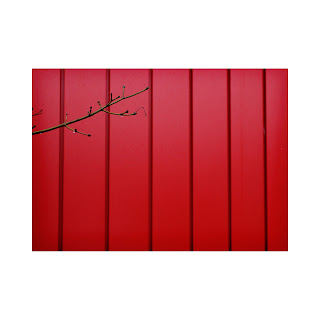 So, what's good about it?

Well, the methods they talk about work. You can in fact learn something real about "pure seeing" from this book, you can learn to do it. The exercises are helpful, and you can learn to see in this particular way. I cannot see any harm in learning to better see what is actually there, clear of all the mental clutter.

I suspect that the methods are best used as foundation material, rather than as a final process. I envision, in a sort of vague way, a process of pure seeing as a one of several tools to visually investigate an object, a scene, an archetype, prior to working out how to shoot it. I espouse, without ambiguity, the opposite idea in the final result -- namely that it should be rife with meaning, that it should drive the viewer to new heights of internal chatter. But, perhaps, by first seeing what is truly there without the chatter, we can build a better picture in the end.

This strikes me as more essentially Buddhist anyways. The Buddhist does not strive to live in the moment, to see and feel and exist in the here and now only for the purpose of doing that, but for the purpose of living more fully, more joyfully, more richly. The ideas that westerners seem drawn to are tools to an end, not just an excuse to get incredibly high and mumble incomprehensiblities at one another.

As a final note, the authors cite some work by their inspiration, Chögyam Trungpa, which doesn't actually look that much like their work. This Tibetan guy was taking substantially richer pictures. I see that on miksang,com they've selected a smaller group of his pictures which do look like their somewhat boring minimalist exercises. They're learning. And they are monetizing the shit out of it.