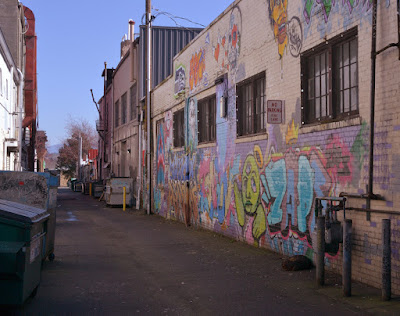 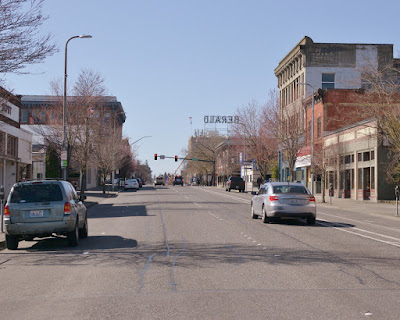 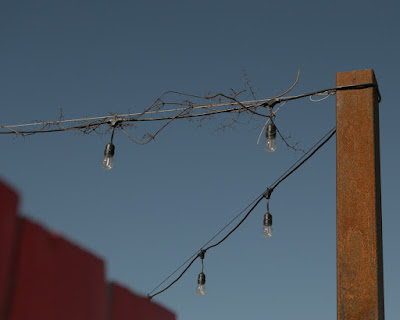 Stephen Shore has been crossing my radar more often lately. It's probably just a case of me noting the name particularly, at random, once, and as a result noticing it more often, later. On the other hand, maybe he's seen an uptick in interest recently, I dunno, and it doesn't matter. He's one of those guys where my reaction is "Yeah, uh, him?" and then I look up some photos and I think "Oh, right, that guy."

I kind of lump him in with Jay Maisel, just another colorist making appealing pictures of not much of anything, to not much point. There are others.

They're nice enough photos. The critics will tell you about the connections to Walker Evans and they're not wrong. Shore is famous for his photos of what amount to Americana, in the same way that Walker Evans is. Shore doesn't stick people in the frame as often as Evans did, so the overlap is more limited than a first impression might suggest.

The process by which he made these things, at least in the 1970s when he made his nut, is pretty much what everyone serious was doing. You wander around in your chosen environment, looking for likely-looking views. When you see one, you set up your 8x10 camera, and burn a couple sheets. Later, you pick out "the good ones" and put them in your portfolio.

By "the good ones" we mean something not so easy to define. A certain formalism and structure, visually. Maisel says gesture which I think is half a real thing and half bullshit. A balanced frame with good interest, and not too much confusion. Some sort of meaning or sense of something or other, but in those days one could be a little lax about this. Shore wound up with a sort of loose idea of a certain slice of America, at one point. It's a bit like Evan's American Photographs and a bit like Frank's The Americans but curiously unpeopled, curiously deadpan.

In those days, it was something of a feat to produce one of "the good ones" because the processes in play were laborious.

When people pop up and say I love this photo by Stephen Shore they are invariably reacting to the formal qualities of the frame. It is dense without being cluttered, the colors are pleasing, there is a nice balance to the thing. There may be an undercurrent of and I love his oveall portrait of America, it speaks to me but at the end of the day we're looking at one photograph which, by itself, isn't a portrait of anything.

From where I sit, Shore lands in that interval between the Iconic Photo and the photo essay. Before Shore's time, every photograph was an effort to achieve standalone greatness. The assumption, the standard model, was that you could print the thing out big and put it on a wall and it would speak to the fullest extent it was capable of speaking. The goal was to make a picture that could stand alone. You might get even more oomph with a group, but the intention of a show was to put a Row Of Titans on the wall which might, or might not, have had relationships between them, but who cared? They're Titans!

I went out walking the other day, the sun was bright but still a bit low in the sky here on the 49th parallel, lending a kind of warmth. The streets here are depopulated for reasons. I said to myself self, this looks like Shore weather so I took a few pictures. It's not as easy as it looks. I got the curious lack of people for free, but hitting that dense without being cluttered note is not obvious. Stuff wants to overlap with other stuff, and once you clear that up by stepping to the left, everything is in the wrong place now.

Doing this with a view camera, without a plague to empty the streets, sounds like a nightmare. But in these modern times, it's simply not that hard.

The pictures above are not Stephen Shore, although I dare say I could persuade some rubes that they are. They're not as "good" as Shore's published work. The exercise of making them, though, gave me some information. Making Shorealikes in terms of individual frames is just not that hard, with modern equipment (even 10 year old "modern.")

Of course the same it true across the board. Any fool can make fake Ansel Adams photos, and far too many do, and so on. The point is, and secretly always was, what are you trying to say with your photos. I have banged on at length about how photographers in the eras before Shore wrote and thought and talked at great length about what they were trying to say with their pictures. At the same time, they were trying to shoot Titanic single frames, but underlying that work was, as often as not, some fairly fervently held philosophy of what the point was.

I don't know whether Shore had (or has) some philosophy, some mission, some over-arching idea against which we can measure his work. The critics, though, seem to be stuck on formal connections to Evans and a sort of anthropological fascination with middle America, small-town America. There is no equivalent to so did Weston reveal the pepper's soul or not?

I am not saying that Shore is bad, or that he ought not to have done the work. Even if all it is, in the end, is a sort of distillation of some slice of a notional place: middle America, I can't actually contest that. I do a certain amount of work trying to merely distill the essence of place to a series of pictures, after all.

What I am saying is that the reaction I love this Shore picture is to miss even that point, and to apply adulation to what is essentially the easy part.