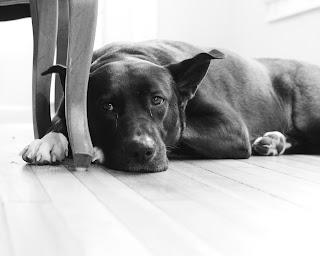 The thought was around iconic photos of historical events. Where do they come from, and how are they selected?

Well, it's obvious that the photos we recall as iconic are the ones that best distill out some facet of our overall visual impression of some event. In this modern era, post 1850, when we think of any world event, we probably have some visual impression of the thing. We have seen 100s or 1000s of photos of whatever it was, over the years, and these have accreted into an overall sense of the thing, possibly in a couple of categories.

If some photo pops up that most clearly exemplifies one of those categories, it has a shot at becoming the singular photo that stands in for all the rest.

"Migrant Mother" stands in for a whole bunch of imagery around the dust bowl, the impact of the Great Depression on the rural population of the USA. She is ethnically ambiguous (it has become rather chic to remark that she was in fact Native American, but that's not the point) She shows a combination of suffering and grit, and so on.

What's interesting here is that what this picture distills is a piece of the visual form of the event which form was manufactured by Roy Stryker.

More generally, the media (broadly construed) gives events and places a kind of visual form. They don't do it alone, as with any cultural process, there is feedback of various sorts. Some pictures "sell" and others do not. But in the end, the event is given a visual form, and it is largely given that form by the media itself.

The icons are the ones, therefore, that most precisely distill out something that was constructed by the media.

When these pictures were made does not matter, but their status as iconic cannot be known until the event's visual form has been constructed. You can guess "ah yes, that's the one, right there. That's the one people will recall" but if the visual form of the thing is not complete, there's no way you can know. It might well be that whatever you're looking at now drops out completely from the overall visual impression our culture carries forward.

It would be interesting, I think, to study how iconic photos touch people who were actually there. Does "Naplam Girl" hit a Vietnam vet the same way it hits me? My impression of Vietnam and the war we put on there is entirely constructed from media accounts, and consists largely of dudes marching in ragged lines through vegetation, helicopters low to the ground, and our guys committing atrocities. So, "Napalm Girl" fits right in, and exemplifies that last category.

I consider it possible that someone who was actually there might remember things a bit differently. His visual impression is probably a lot more mud, boxes, tents, and boring shit, and a whole lot less massacring kids and leaping in and out of helicopters.